Novel or Novella: Have You Set the Right Word Count for Your First Novel?

As a first time writer, it can be all too easy to shoot for the stars and create a long and complex story that ends up reaching well over 100,000 words. This long story usually takes several years to write and even longer to revise before you hand it over to an editor. You convince yourself that this is the way things are and it usually takes a long time to write your first novel. I’m here to tell you that it doesn’t have to be this way.

Yes, you’ve read that correctly your first piece of fiction doesn’t have to take you many years to write.

Want to you the secret to shaving years off the writing time for your first fiction novel?

It’s simple, just take a step back and consider whether you’ve set the right word count for your first novel.

Quite often as first-time writers, myself included, you create a long and complicated story, that you’re not ready to write. I know that sounds like a bold statement to make but hear me out for a second. How do I know that you’re not ready to write that long story?  It’s quite simple, it took me three years to write the first draft of my crime thriller novel, Immunity. The writing took so long because, I didn’t understand how to tell a great story, let alone structure it correctly. What I needed to do was start smaller, and that’s the advice I want to give to you, today.

Start your writing career off with a novella.

Differences Between a Novel and a Novella

So, what is the difference between a novel and a novella? In order to discuss the differences between the novel and the novella we first need to define each of these types of stories. As you can see from the infographic to the night and the paragraphs below the differences go beyond word count. How do I know this? I’m in the process of finishing the first draft of my crime thriller novella, Missing. The experience of outlining and writing the first draft of a novella has taught me so much about the craft of writing. It has a lot to do with the word count restriction. Boundaries and restrictions, especially in regards to writing, force you to become more creative and think outside the box. 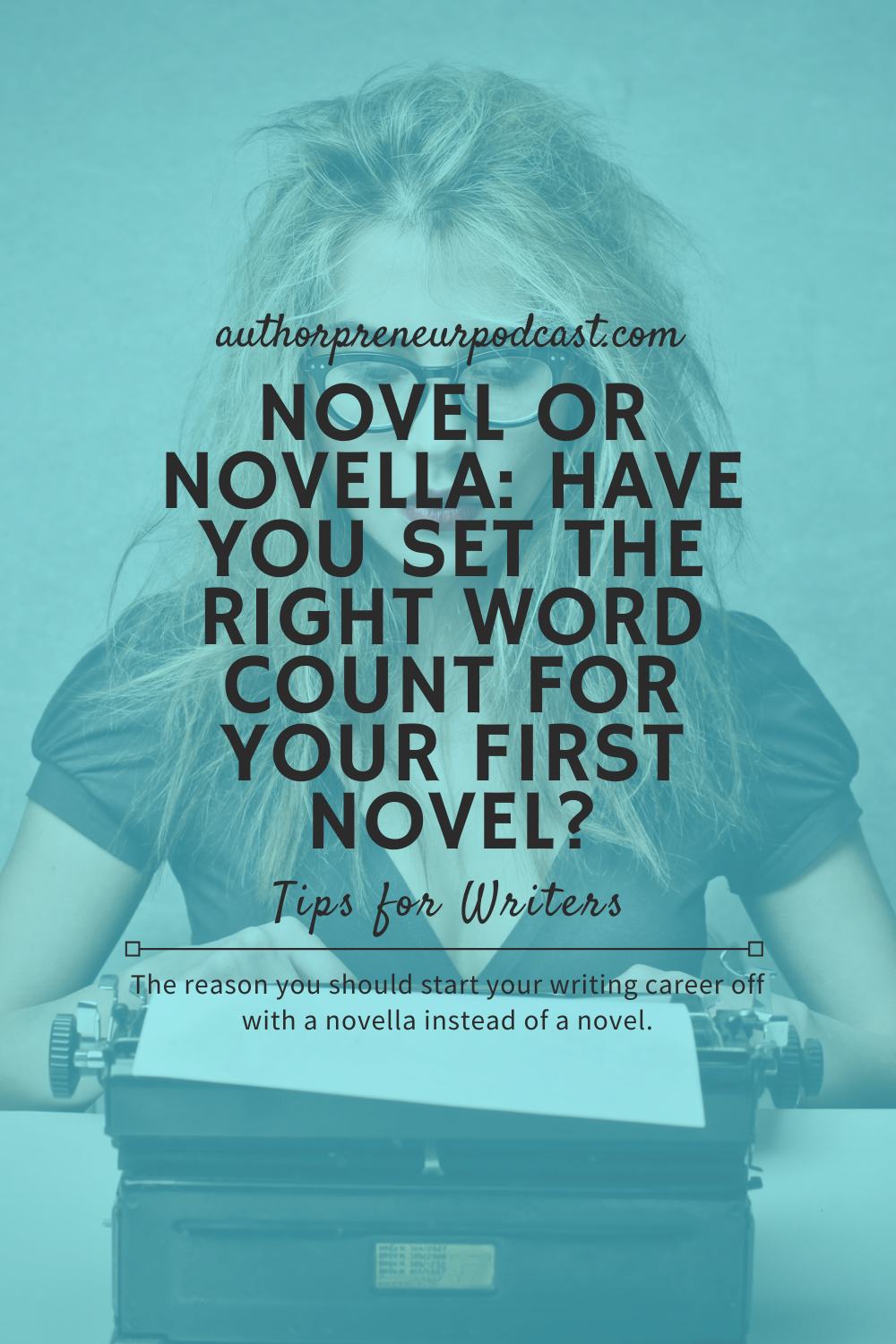 So, what is a novel? Traditionally speaking, a novel spans over 40,000 words according to a blog post on Reedsy. But, the difference between the novel and the novella doesn’t stop at this point. What sets the novel apart from the novella is, the novel has one main plotline with various other subplots running in the background.

One of the biggest differences between the novel or the novella is the ending. So, How different is the ending of a novel Depending upon the genre and if the story is apart of a series, then a novel will have red herrings and loose ends designed to be explored and tied up in later books within the series.

Now that we’ve defined the novel it’s time to take a closer look at its cousin, the novella. A typical novella word count ranges from 17,500 to 40,000 words. This shorter style of fiction tends to focus on a simple story idea with a single plot that focuses on a small cast of characters. Due to it’s shorter length the novella has very little room for complicated plotlines, multiple Point of View characters, and changes in setting.

So, why fewer changes in setting? There isn’t enough space in the story to explain how the characters travelled between point A and point B. Historically, novellas have focused on character development and evolution as opposed to an action-packed plot, and thus affecting the setting of the story.

Another subtle but nonetheless important difference is the style of writing. In a novella, there is little room for lengthy exposition, and due to this, a novella tends to have a more direct writing style which in turn creates a faster-paced story. One final hallmark of a novella is the ending. Unless you’re writing a story within a larger series, a novella will end with very few red herrings and loose ends.

The One Thing that Matters

This also has a huge impact on the revision phase of the writing process. If you haven’t guessed it already, you will spend less time on rewrites due to story plot holes. This is great news for those of you who hate the revision phase. However, it’s worth pointing out that the time you spend in revision for any piece of fiction will have a lot to do with whether you understand story structure and your experience. Or in lamens terms, if you spent the time getting the story right before you started writing the first draft. You’ll be better at writing fiction after your third story then after your first. Trust me; the before and after will be significantly different.

So, should write a novel or novella as a first-time fiction writer? While I cannot answer that question for you. I do recommend that you choose the best word count length for your story.

However, if you intend on making money from your fiction, then I recommend you focus on learning the craft of writing. And yes, that means writing a novella, because it will help you master the art of writing one plot line. Therefore if you can write one plotline we’ll, then there’s no reason why you can’t graduate to writing a novel with your next book. Trust me, at the moment I’m revising and editing three books, and my third is better than my first. I made the mistake of jumping into the deep end with a long and complicated story as my first book. And, coincidentally my first book has been the most difficult to revise.

Thank you for reading, commenting and sharing with such enthusiasm.

Sign up to my newsletter for blog updates, writing craft book release details, and offers.

← TAP020, How to Write the Dark Night of the Soul Scene of a Novel BTS009, My Australia Trip, A Free Scrivener Tutorial, and Blogging Novella →